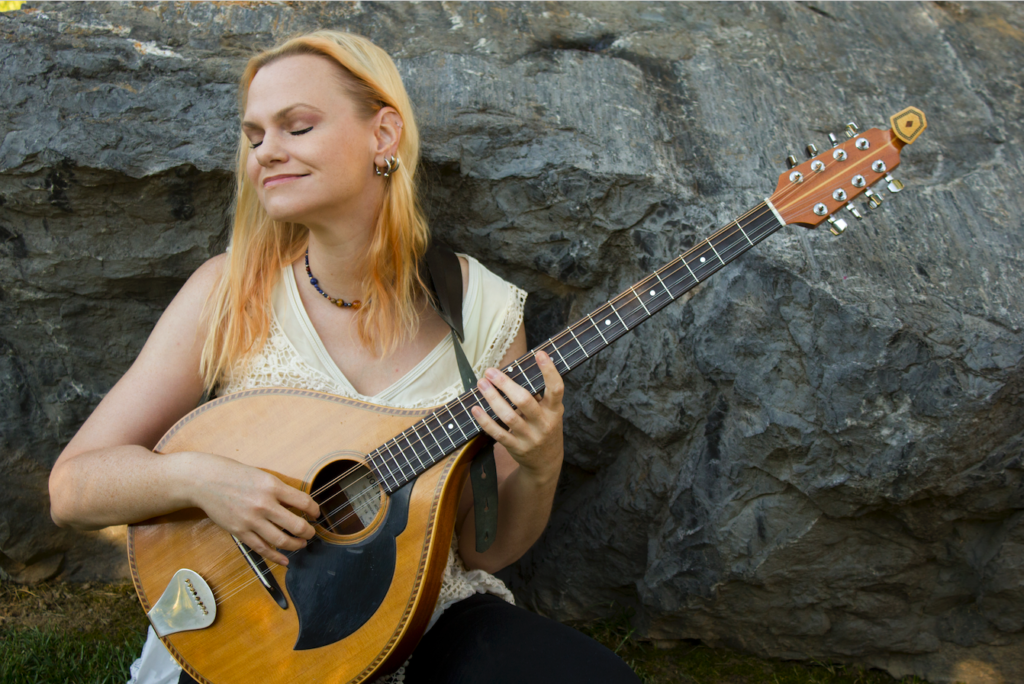 Beth Patterson was born in a swamp. Okay, more accurately, she was born in a hospital near a swamp, but that’s close enough to romanticize the origin of this Lafayette, Louisiana native. Described by audiences as “a cross between a cobra and a puppy,” multi-instrumentalist Beth Patterson is foremost a player of the eight- and ten-stringed Irish bouzoukis (adaptations of a traditional Greek instrument). Known for her razor wit and musical versatility, her performances are chock-full of drive, savage energy, and passion, laced with humor and rapport with her listeners, dishing out an eclectic repertoire of original and traditional songs. She integrates her quirky, progressive sound with Celtic music and other ethnic styles, resulting in her own sound she dubs “SWAP” (Songwriter/World/Acoustic/Progressive). 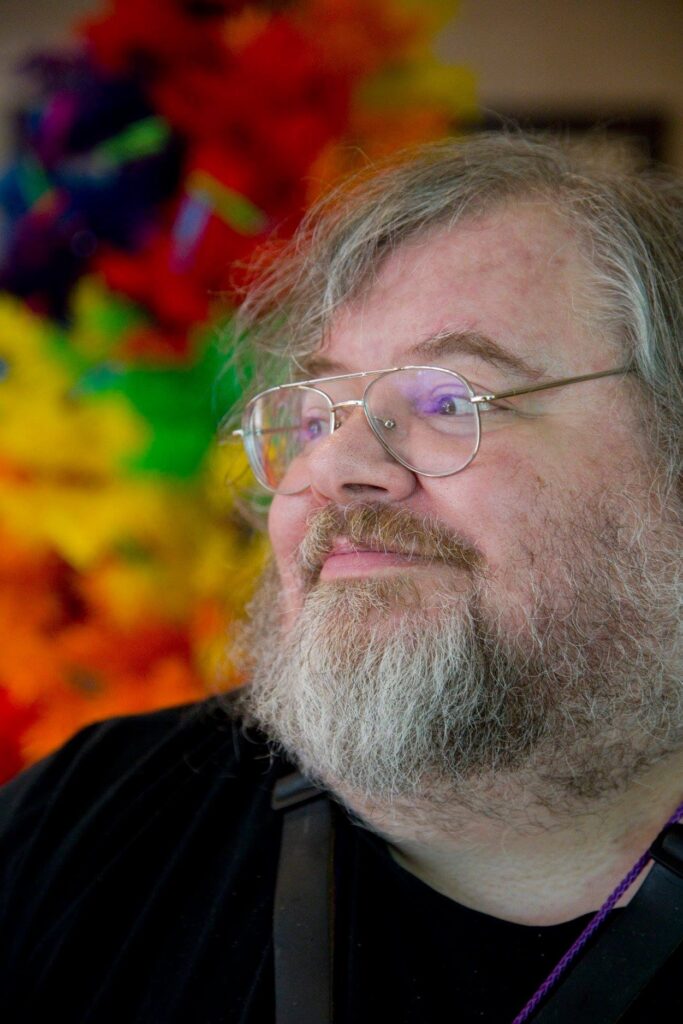 Tom Smith has only missed two OVFFs since 1986. Along the way, he’s recorded two dozen albums, mixing dark fantasy, implausible goofiness, and All The Puns. He’s also amassed hundreds of friends and fans, fourteen Pegasus Awards, a spot in the Filk Hall of Fame, and not quite enough words to

(Ed. Apparently he ran out of words…) 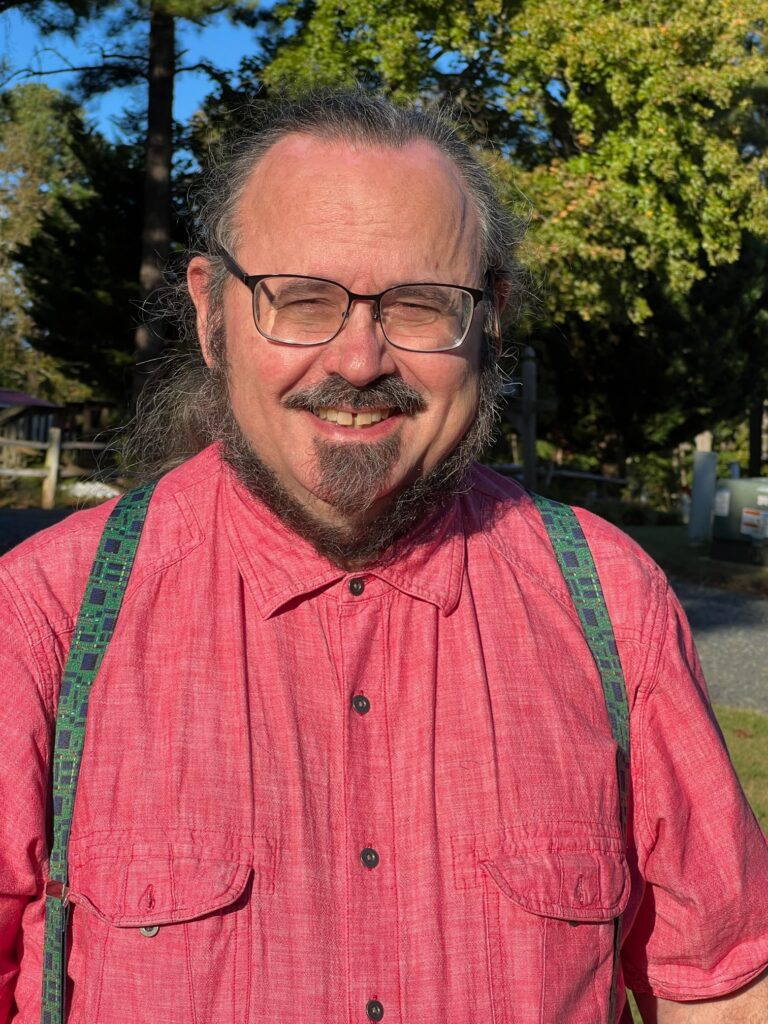 Spencer Love began singing at a very early age and discovered science fiction when his mother read “Have Space Suit, Will Travel” to him during a childhood hospital stay.  He discovered Sci-Fi Conventions as a college freshman and filking later the same year.  He has been deeply involved with the filk community since 1974 and has been instrumental in preserving the history of filk as well as being one of the founders of Interfilk, and running Love Song Productions. He has helped run the filk tracks and/or recorded at many other cons (including WorldCons).  This includes running the sound system at OVFF from 1994 to 2000 or so, and he has been gracious enough to continue helping us out since then.  To top it off, he was inducted into the Filk Hall of Fame in 1997.  His wealth of knowledge of the history of filking is breathtaking- if you have not had the pleasure of meeting and talking with Spencer, I strongly encourage you to do so.  (Written by DKC) 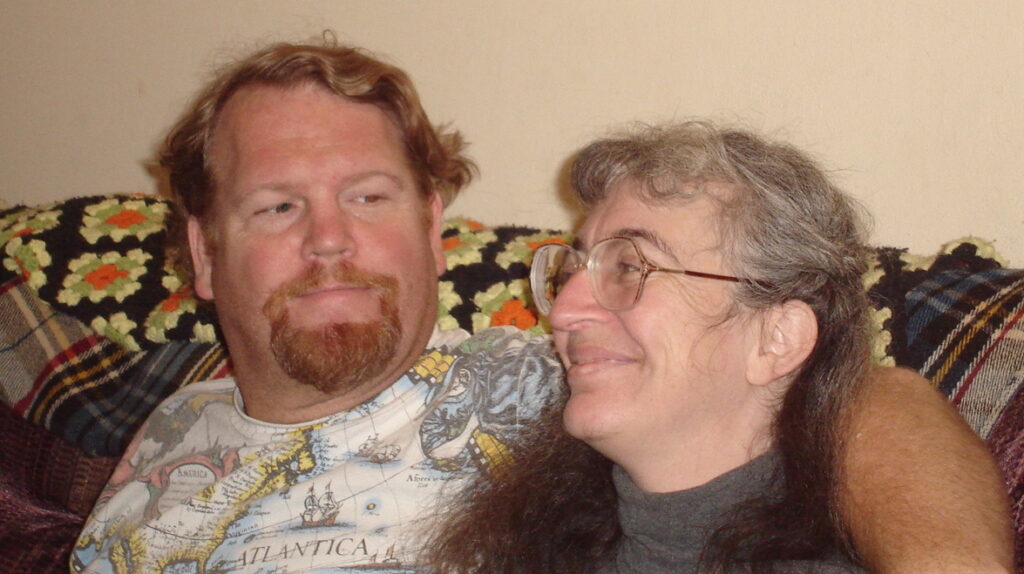 Fred Capp and Robin Baylor have been married for not nearly long enough, and started making music together before they were. They first teamed up with Lynn Gold while all three were living in Silicon Valley and none of the three of them have quite gotten over that arraignment.  Ask them how many States they’ve lived in and you get a nebulous number.

Fred spent some time in Alaska where he got educated, lived just down the street from Santa Claus (He played a hot banjo), and managed to get kidnapped by some Inuit. There are moose stories, too.
Robin fell into the Air Force which sent her to Florida and Nebraska, gave her many adventures, and had her working with Captain America and Captain Murphy of “Space Command”. There are no moose stories here, but a few of the, ‘If I told you, I would have to kill you” variety.
They met in a filk room, and spent much time in the company of the Savitzkys, and that whole household. Music filled that house so they felt right at home. Fred plays mostly guitar, but is fairly comfortable on several other instruments, Robin plays violin, harp, guitar, ukulele, mountain dulcimer, and flutes. (Hey! Mention our hopefully no longer pending album.) And there should be an album RSN.
Now, 2 kids, 3 dogs and 8 cats later they live in Colorado with the Rockies right outside their windows. Sometimes the hills will knock and ask to come in out of the cold.
Fred still hasn’t had to dispose of a body larger than a turkey. (Cue: bear story)