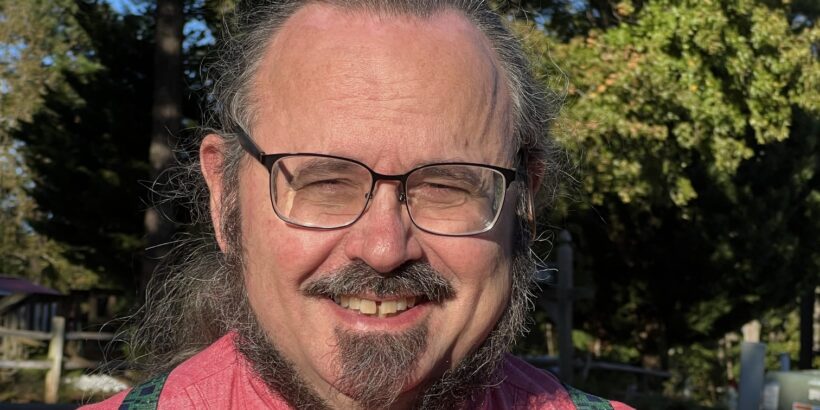 Spencer Love began singing at a very early age and discovered science fiction when his mother read “Have Space Suit, Will Travel” to him during a childhood hospital stay.  He discovered Sci-Fi Conventions as a college freshman and filking later the same year. He has been deeply involved with the filk community since 1974 and has been instrumental in preserving the history of filk as well as being one of the founders of Interfilk, and running Love Song Productions. He has helped run the filk tracks and/or recorded at many other cons (including WorldCons).  This includes running the sound system at OVFF from 1994 to 2000 or so, and he has been gracious enough to continue helping us out since then.  To top it off, he was inducted into the Filk Hall of Fame in 1997.  His wealth of knowledge of the history of filking is breathtaking- if you have not had the pleasure of meeting and talking with Spencer, I strongly encourage you to do so.  (Written by DKC)